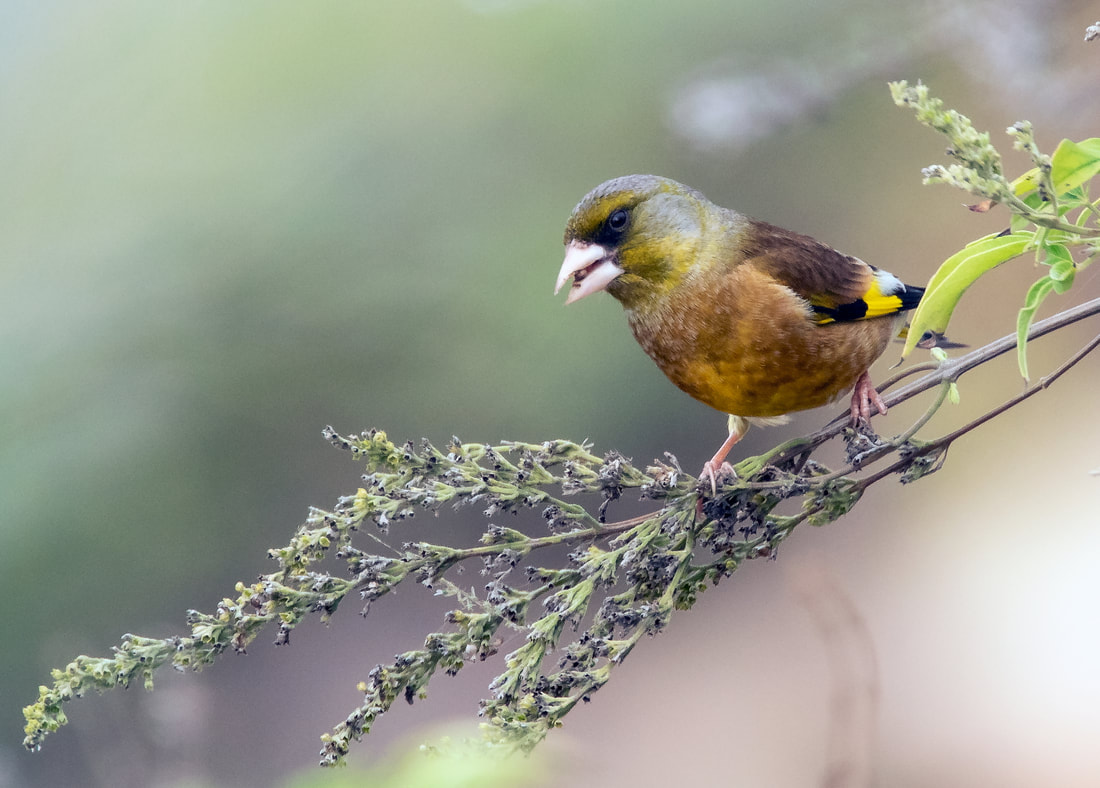 Grey-capped Greenfinch at Plover Cove dam, Tai Mei Tuk, 3 March 2020
The first day of March brought temperatures of up to 28⁰C to the New Territories. A surge of the northeast monsoon from 4th onwards brought cooler temperatures (14-20⁰C) and rain patches to southern China. At the end of the week the northeast monsoon was replaced by a maritime airstream, raising the temperature a little and considerably increasing the humidity.

The tides at Mai Po were again good for bird watching. On 1st, the drake Eurasian x American Wigeon, a Pallas’s Gull, a Black-tailed Gull and a Mew (Kamchatka) Gull were seen. On 2nd, the Common Shelduck that had been seen flying over the reserve on 26 February was relocated out in Deep Bay. Other birds out on the mud flats on the same day included Nordmann’s Greenshank, Pallas’s Gull, Black-tailed Gull, Slaty-backed Gull, Gull-billed Tern and Caspian Tern, all single birds. Two Pallas’s Gulls and the Mew (Kamchatka) Gull were present on 3rd. On 5th, the Common Shelduck was on the scrape on the main reserve over high tide, as were the Nordmann’s Greenshank and a Long-billed Dowitcher among the roosting Tringas. A pair of Falcated Ducks was also present on pond 11. The Common Shelduck was again on the scrape on 7th and a drake Mallard – the same bird as was seen on 27 February - was on pond 21 at the southern end of the reserve. The Mallard was seen again on 8th; also noted then were four Falcated Ducks, eleven Chinese Spot-billed Ducks, three Oriental Pratincoles - the first of the spring, the long-staying Chinese Grey Shrike, and 22 Black Drongos.

On 2nd, Tai Lam CP produced a White’s Thrush, two Small Niltavas and 15 Tristram’s Buntings, and one of the Eastern Water Rails was again seen at Long Valley.

On 3rd, 70 Grey-capped Greenfinches were on the Plover Cove dam at Tai Mei Tuk – the most recorded since the 1970s. Before 1980, this attractive finch was a common but localised resident and winter visitor to open country and village edge, the highest count being 200 at Fanling Golf Course on 26 August 1977. A crash in numbers occurred after 1980 and it has become a scarce bird. However, since 2010 there has been a welcome increase in records, especially in the northeast New Territories; 40 were at Lai Chi Wo on 19 December 2014.

On 4th, a Chestnut-crowned Warbler was singing at Pak Sha O.

On 6th, an unseasonal Yellow-breasted Bunting was at Long Valley.

The Eyebrowed Thrush was still at Yuen Long Park on 7th.

On 8th, 30 Eurasian Siskins were along Route Twisk at the start of Shek Kong catchwater – the first report of the 2019/20 winter (and the first occurrence since April 2018). An Eastern Water Rail was at Long Valley. 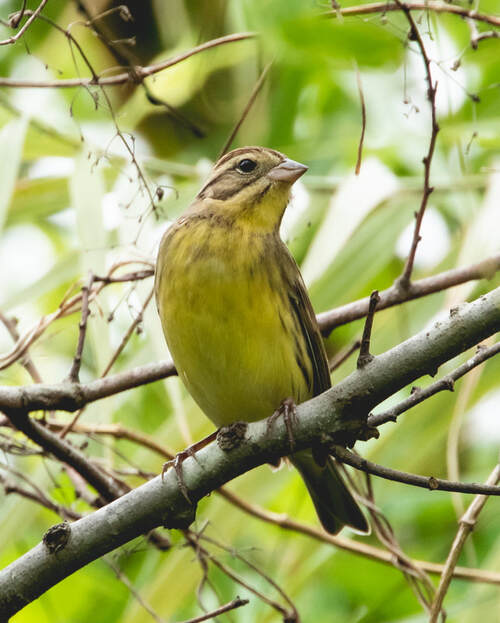 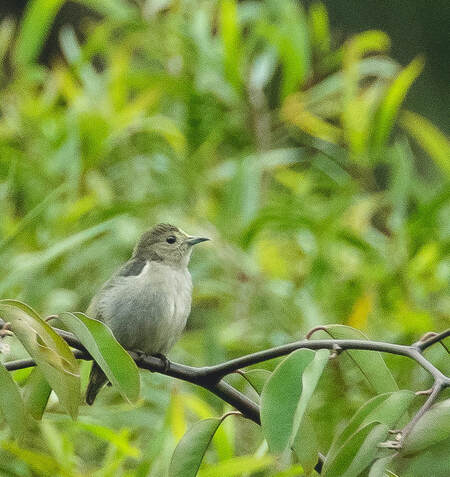 Plain Flowerpecker at Tai Po Kau, 13 March 2020
Variable weather. Misty and humid with occasional rain on some days, bright and clear on others. Temperatures ranged from 18-26⁰C.

On 9th, 26 Eurasian Siskins were counted at Shek Kong catchwater.

Two Eastern Water Rails were at Long Valley throughout the week. A Bluethroat was seen there on 14th.

A Rustic Bunting was present with Little Buntings at Lam Tsuen on 13th. Also on 13th there were at least four Plain Flowerpeckers (two singing birds and a pair) recorded in Tai Po Kau.

On 15th, 13 Oriental Pratincoles and a Buff-bellied Pipit were at Pui O on Lantau. Also on Lantau,  there were reports of a female Pied Harrier, two Chinese Grassbirds, a Hume’s Leaf Warbler and two Upland Pipits at Sunset Peak. 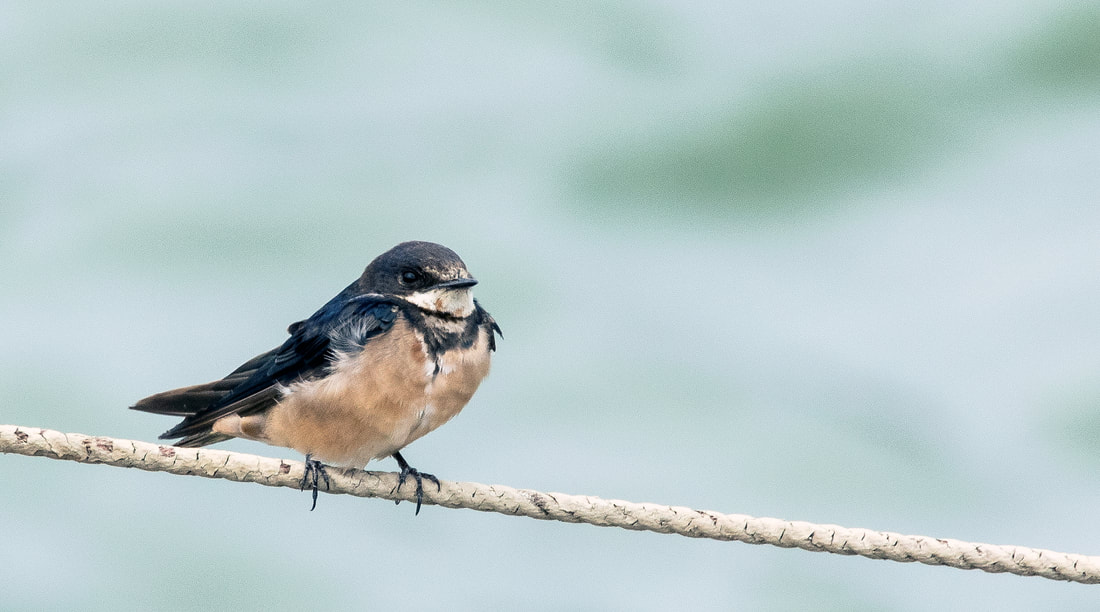 Parasitic Jaeger in southern waters, 21 March 2020
A trough of low pressure affected the region for the first part of the week, bringing easterly winds and showers to the coast. A maritime airstream later in the week brought foggy and humid conditions to the territory. Temperatures generally ranged from 19-26⁰C, although after the sun dispersed the mist on 22nd, the skies became clear and the temperature rose to a hot 29⁰C in the New Territories.

The unstable weather brought a good number of migrants to the territory. A boat-trip into southern waters on 21st proved productive with a record count of Streaked Shearwaters along with sightings of two species of tern and two species of skua. 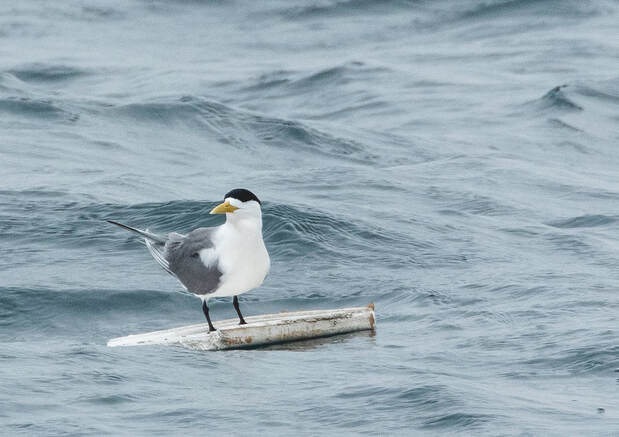 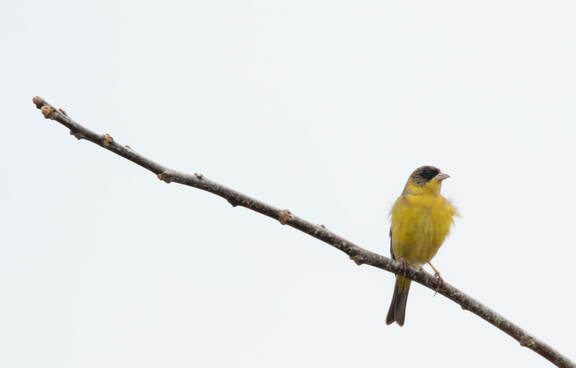 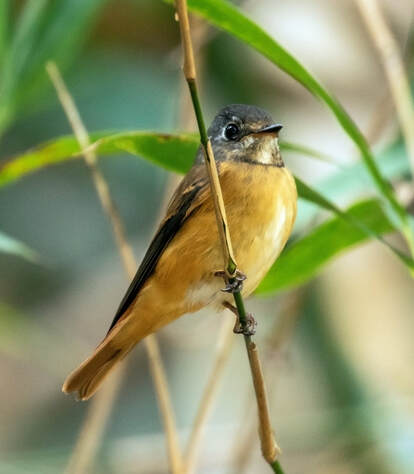 Ferruginous Flycatcher at Po Toi, 24 March 2020
East to southeasterly winds from 23rd to 27th, with temperatures ranging from 21-28⁰C and a mixture of sun and showers. There was a surge of the northeast monsoon from 28th when a cold front passed across the territory in the early afternoon bringing low cloud and rain. The monsoon persisted to the end of the month; winds were fresh from the northeast, temperatures were slightly cooler and there was little sunshine but plenty of rain, low cloud and mist.

These are good conditions for grounded migrants and the period proved productive, at least at certain sites – particularly Po Toi. Apart from the expected spring migrants, a Goldcrest on the island on 31st will be a first record for Hong Kong if accepted. There were also some interesting seabird records during the period under review, notably four Red-footed Boobies and a Brown Booby.