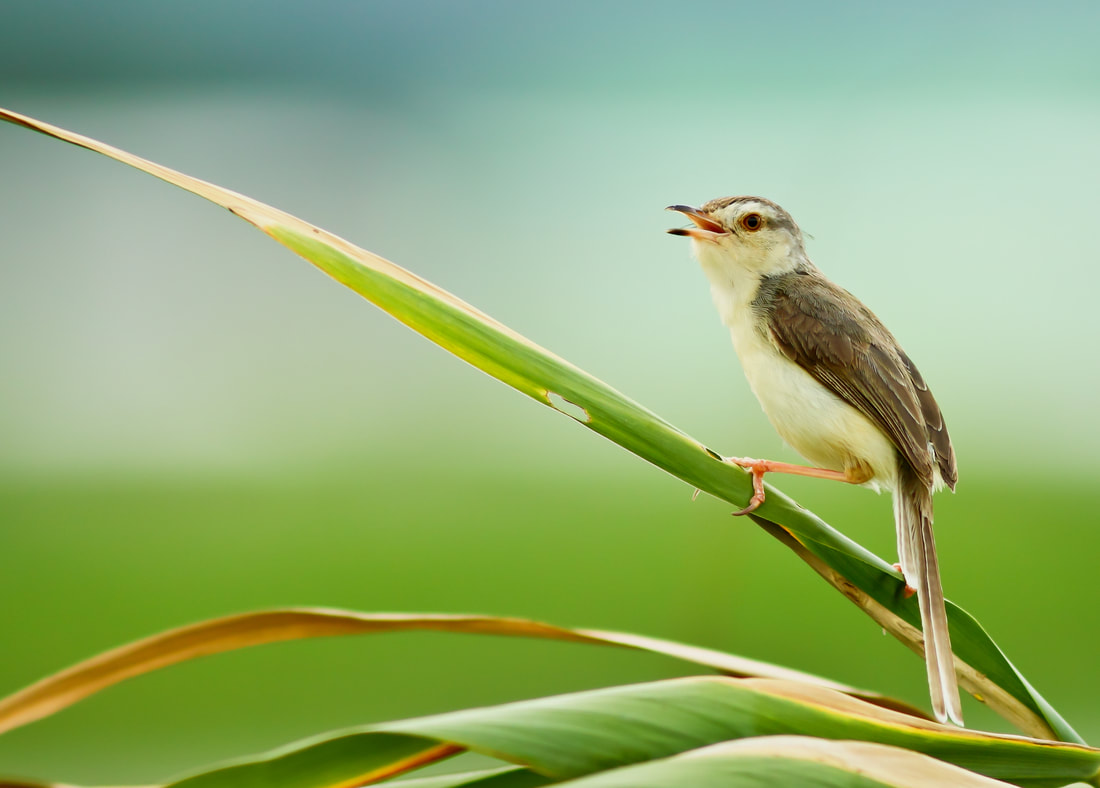 Plain Prinia singing at Mai Po in July (archive image)
As with most of June, the first half of July brought typically high temperatures (up to 33⁰C)  relieved occasionally by showers. Typhoon signal 1 was raised on 2nd but the depression was 400 km southwest of Hong Kong so had little effect apart from causing a few squally thunderstorms.

A male Mandarin Duck was at Mai Po on 1st. On 4th, a Great Cormorant and a Black-winged Kite were seen and there was a pre-roost gathering of 180 Collared Crows on the reserve, a new high count for a single site.  (The other main roost site for the Collared Crow is at Shuen Wan - 116 were counted there on 26 June). The Black-winged Kite was seen again at Mai Po on 5th.

A lucionensis Brown Shrike was seen at Sha Tau Kok on 6th. This is an unusual mid-summer record for this species, the  latest spring date being 18 June and the earliest autumn date being 25 July.

A Lesser Cuckoo was reported from Tai Po Kau on 11th and 13th.

And news from John Allcock of at least 245 Collared Crows going to roost at Mai Po on the evening of the 16th. This is by far the highest count on record at a single site. Prior to the count of 180 mentioned above, the highest count involved 173 at the  Shuen Wan roost on 9 July 2014
July 17-31
The usual summer heat and showers. On the last day of the month, the T8 signal was raised as Tropical Storm Wipha passed to the southwest of the territory bringing strong wind and heavy rain to parts of  the territory.

On the evenings of 17th and 27th, a Brown Fish Owl was in the harbour at Cheung Chau.

On 19th a Malayan Night Heron was seen in the Ho Pui reservoir area.

On 20th a Himalayan Swiftlet was at Cheung Chau.

On 24th a Cinnamon Bittern was at Nam Sang Wai
All images & text © David Diskin unless otherwise stated
dadiskin@netvigator.com