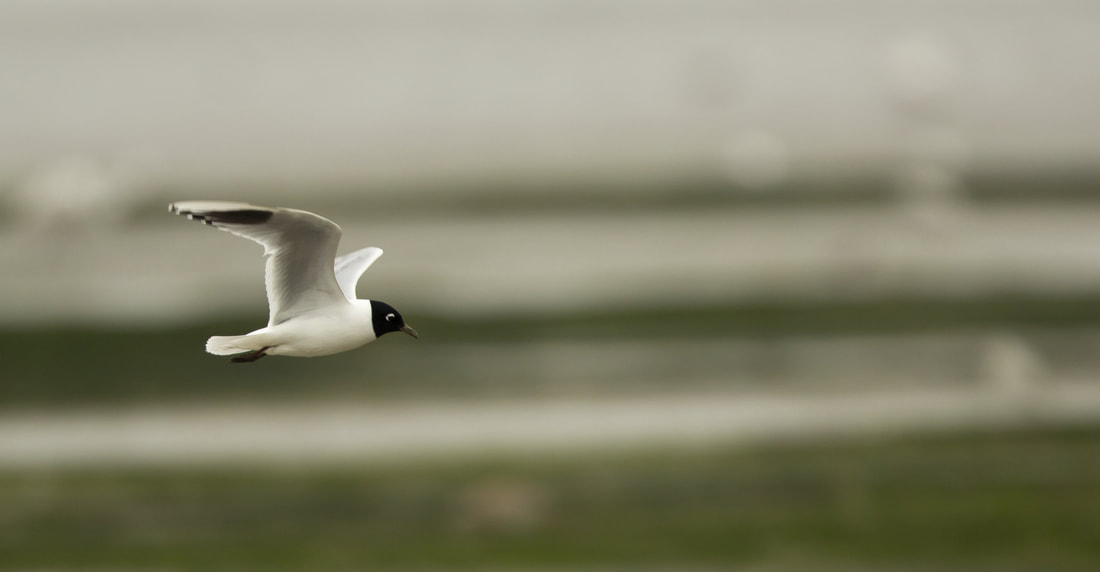 Saunders's Gull in Deep Bay, early March (archive photograph)
The first days of March were hot and humid with temperatures up to 26⁰C. The 4th brought high humidity, thunderstorms and rain. A number of migrants were in evidence.

On 2nd, two Large hawk Cuckoos were again at Shek Kong catchment  and Black-naped Monarch and  Radde’s Warbler were also seen. An Eastern Water Rail was at Mai Po.

There were plenty of birders out in the field on 3rd. Best birds of the day were probably the five Silver-backed Needletails migrating high over Lung Fu Shan. The wintering Rufous-gorgeted Flycatcher was still present in the area.

Eurasian Spoonbill coming into breeding plumage, Mai Po, 9 March 2018
Temperatures on 5th reached 29⁰C in the New Territories but a resurgence of the northeast monsoon during the week brought wind and rain; the temperature fell to 9⁰C on 9th. The  mornings remained cool but warmed up during the day to 21⁰C on 10th & 11th.

On 11th Mai Po boardwalk had the breeding-plumaged Eurasian Spoonbill, plus Black-tailed Gull, Gull-billed Tern and Caspian Tern; four Oriental Pratincoles and the long-staying Rook were on the main reserve. A Long-billed Dowitcher was at the Wetland Park.
March 12-18 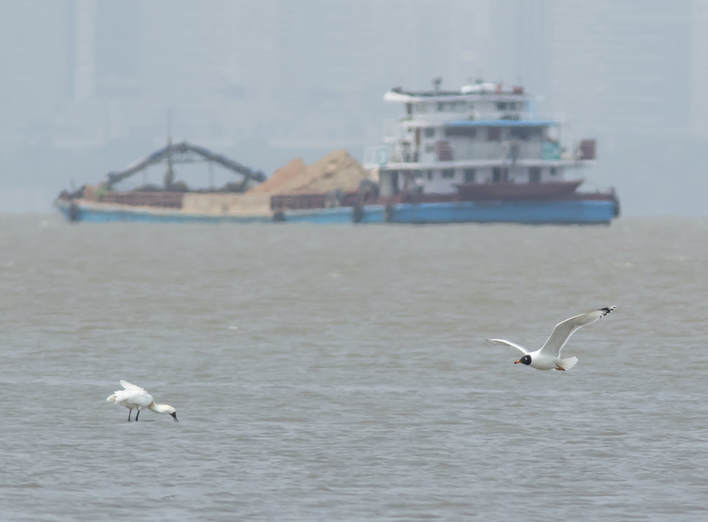 Pallas's Gull and Black-faced Spoonbill, Mai Po, 17 March 2018.
Mild weather with temperatures up in the mid-twenties in the middle of the day, and conditions regularly changing from cloudy to sunny and back again.

Generally a  slow time for birding with many species that have been wintering here quietly disappearing. It is a little too early for many spring migrants, although newly-arrived Large Hawk Cuckoos were reported singing from several areas in the New Territories, and Plaintive Cuckoos were vocal in the Lam Tsuen valley and at Tai Po Kau Headland.

Tristram’s Bunting and Red-flanked Bluetail were at Lung Fu Shan on 12th.

On 15th, a Pale-legged Leaf Warbler Phylloscopus tenellipes was at Tai Mei Tuk.

On 18th a Cinnamon Bittern and ten Chinese Penduline Tits were at Nam Chung, and three Falcated Ducks were at Mai Po. 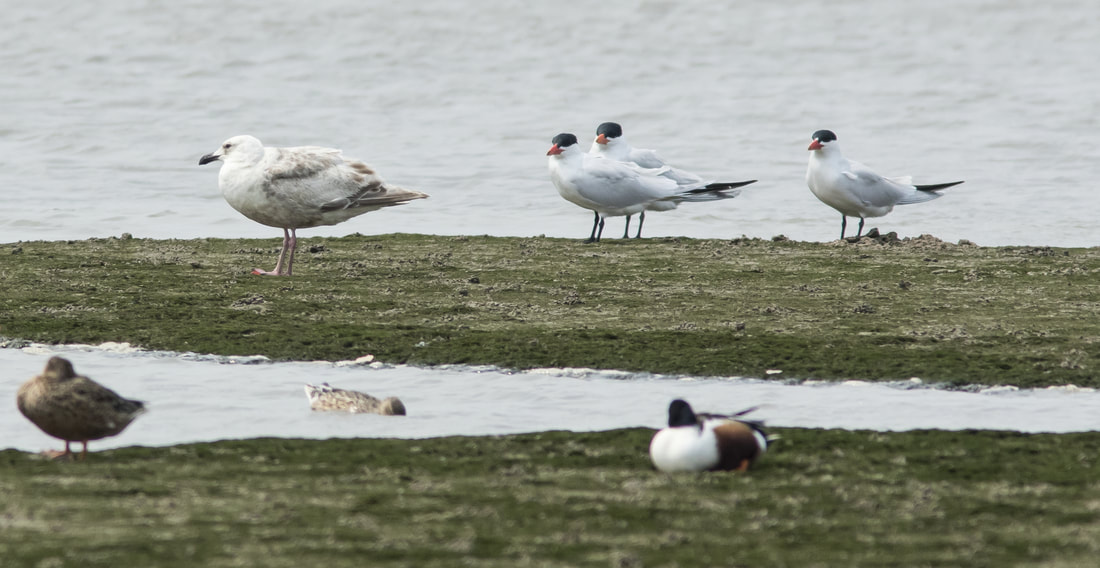 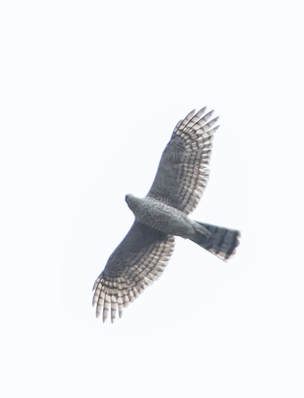 The passing of a cold front on 19th/20th led to a decrease in temperature but failed to produce the thunderstorms and rain that had been forecast. A resurgence of the northeast monsoon caused temperatures in the New Territories to fall to 13⁰C on the mornings of 21st and 22nd but the day time weather was warm and sunny (24⁰C). The wind blew from the east after this and the temperatures were in the 17-24⁰C range.

Mai Po produced four Falcated Ducks (two males and two females) on pond 11 on 20th & 22nd, and the Rook was seen again on 20th. The main focus was on the mud flats, where there was a noticeable dearth of small waders, especially after the numbers present there on 17th - most of which had clearly moved on. A Nordmann’s Greenshank was seen on 20th and two Far Eastern Curlews were with the wintering Eurasian Curlews on 22nd. A Slaty-backed Gull and a Black-tailed Gull were seen regularly during the week; the Glaucous Gull was seen on 20th and 22nd, and  a Pallas’s Gull was there on 24th.

In addition, on 23rd a Grey Nightjar was calling at Bride’s Pool after dark and the Baikal Bush Warbler was still singing at Mai Po.

And thanks to John Allcock for helping to clear up my confusion over the accipiter at Po Toi on March 24th.
March 26-31 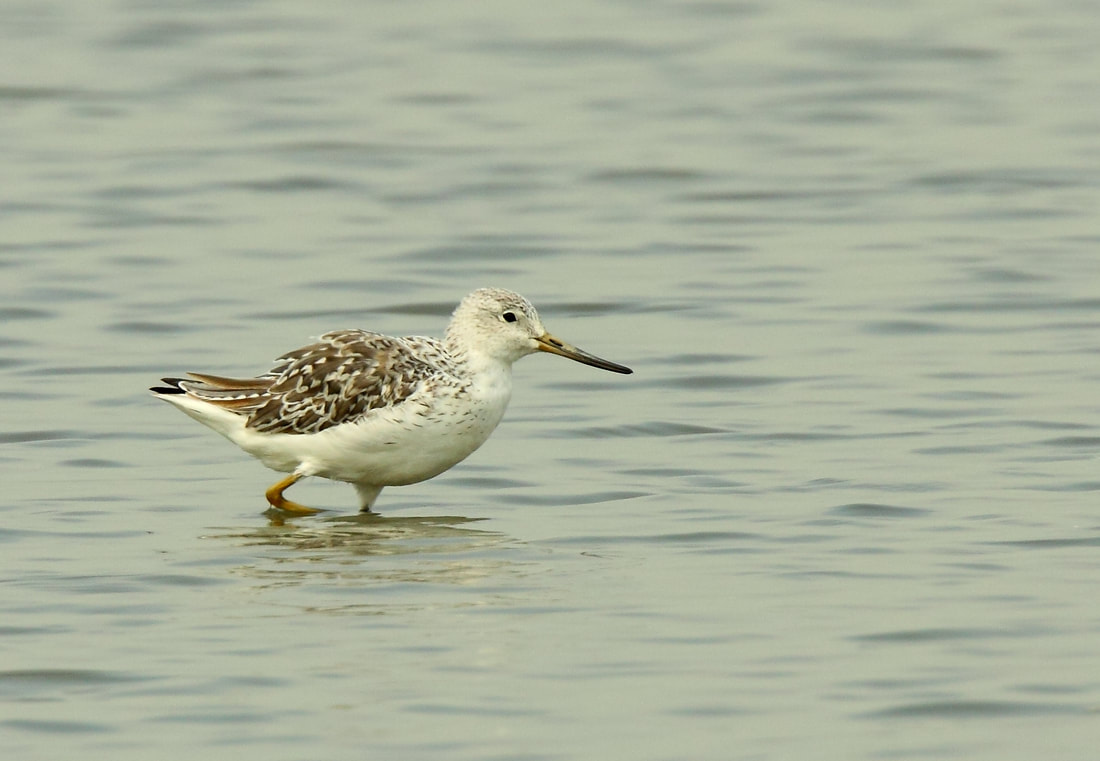 Nordmann's Greenshank from the Mai Po boardwalk in March (archive image)
Stable anti-cyclonic conditions with easterly winds and temperatures ranging from 18-30⁰C. Not the best weather at this time of year for migrants, especially passerines -  cold fronts with rain are far more productive.

Wader numbers built up at Mai Po during the week (at least 28 species were present on 30th), most notably Curlew Sandpipers and Red-necked Stints with smaller numbers of Greater Sand Plovers, Great Knots and Broad-billed Sandpipers. Other waders seen in very small numbers were Lesser Sand Plovers, Sharp-tailed Sandpipers and Terek Sandpipers.  A Little Stint was present on 29th, a Ruff on 30th and two Nordmann’s Greenshank on 31st. Four Oriental Pratincoles were on the main reserve on 29th and two on 30th. An oiled Red-necked Phalarope was on a pond along the access road on 27th. The same 1st-winter Black-tailed Gull was present  from the boardwalk until at least 30th, as was a breeding-plumaged Pallas’s Gull until at least 31st. Up to three Saunders’s Gull also remained on the mud flats. Caspian and Gull-billed Tern numbers slowly built up; 60 Caspian Terns were counted on 27th. A non-breeding Eurasian Spoonbill was feeding with the Black-faced Spoonbills out in the bay on 31st. Other birds on the reserve included up to five Black-faced Buntings  along the footpath adjacent to pond 9 throughout the period under review, with a Little Bunting nearby on 28th. Two to three Chinese Penduline Tits were also regularly noted in the phragmites on pond 9, and there were also small numbers in reed beds elsewhere on the reserve. A Styan’s Grasshopper Warbler was singing in the boardwalk mangroves on 30th.
A mixture of migrant and resident species were recorded at Tai Mo Shan on 30th including Eurasian Hobby, four singing Russet Bush Warblers, eight singing Brown-flanked Bush Warblers, ten Vinous-throated Parrotbills, a Chinese Grassbird, two Grey-backed Thrushes, six Japanese Thrushes and six Black-faced Buntings.

The  migrant hotspot of Po Toi was, for the most part, disappointingly quiet. There was a late report from 25th of a Narcissus Flycatcher. Six Pacific Swifts and a Yellow-throated Bunting were seen on 29th. The Yellow-throated Bunting was still there on 30th when a White-throated Fantail was also seen – but photographs of the fantail showed obvious signs of cage-damage.

Other reports of interests as follows:

26th: 13 Oriental Pratincoles and a Black-faced Bunting were at Tai Sang Wai. An Eastern Crowned Warbler was at Tai Po Kau. A Japanese Sparrowhawk was at Bride’s Pool.

27th: 20+ Red-necked Phalaropes were in Tolo Harbour off the Science Park. A Chestnut-winged Cuckoo was calling at Shek Kong catchment.

28th; a Sulphur-breasted Warbler and an Asian Brown Flycatcher were at Ho Man Tin.

31st: a Long-billed Dowitcher was at the Wetland Park. A Grey-faced Buzzard and a Black Bulbul were at Tai Lam Chung reservoir.

And late news of a male Oriental Plover in breeding plumage on the scrape at Mai Po on 31st. The bird was still present on April 1st.