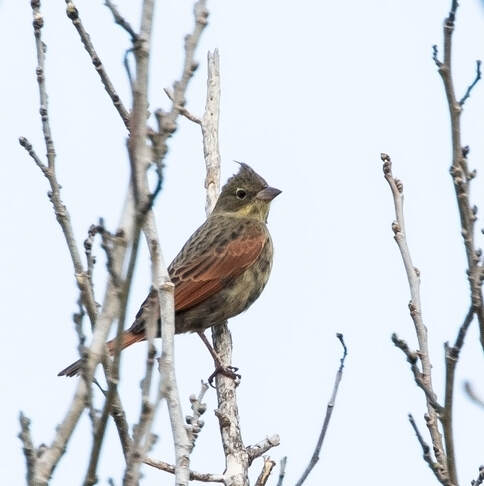 Male Crested Bunting at Long Valley, 5 January 2020
A generally mild start to the new year with easterly winds and temperatures up to 23⁰C during the day.

Tai Po Kau proved productive during the period with up to two White-spectacled Warblers regularly reported, and also two Rufous-faced Warblers on 1st, a Sulphur-breasted Warbler and a Hume’s Leaf Warbler on 3rd, a Chestnut-crowned Warbler on 4th and a male Mrs Gould’s Sunbird on 5th.

The wintering Chinese Grey Shrike was again seen at Mai Po on 2nd & 3rd. Three Asian House Martins were along the Mai Po access road on 2nd and seven Northern Lapwings were on the scrape on 3rd.

Long Valley was also rewarding, producing a Himalayan Swiftlet, a Red-breasted Flycatcher, a Citrine Wagtail, a male Crested Bunting, a female Black-headed or Red-headed Bunting (probably the latter), a Chestnut Bunting and a Chestnut-eared Bunting on 3rd. The Crested Bunting was still present on 5th and proved popular with photographers as it is the first record since December 2016. Unfortunately, the putative Red-headed Bunting did not linger; it will be the ninth record if accepted.

There were reports of single male Hill Blue Flycatchers at Wong Tai Sin on 1st and Lamma on 4th. The former bird, however, showed signs of cage damage to its tail.
January 6-12
A week again dominated by easterly winds that continued to bring generally mild weather to the territory, with temperatures ranging from 18-25⁰C apart from on 12th when a burst of the northeast monsoon caused the temperature in the New Territories to drop to 14⁰C in the early morning.

The Chinese Grey Shrike remained at Mai Po until at least 11th. In addition at Mai Po, two Eurasian Spoonbills, a Eurasian Wryneck, and three Chinese Grosbeaks were noted on 6th, three Buff-bellied Pipits and four Grey-capped Greenfinches were present on 7th, a Pallas’s Gull and a Black-tailed Gull were seen on 10th, a Greater Spotted Eagle and two Eastern Marsh Harriers were present on 11th, and  a Eurasian Bittern was noted on 12th.  Eastern Imperial Eagles were also regularly noted with a peak count of three on 11th.

Rufous-faced Warbler numbers at Tai Po Kau peaked at four on 9th. Two White-spectacled Warblers (both grey-crowned and green-crowned forms) were present at the same site throughout the week; other sightings included Eastern Crowned Warbler and 30 Indochinese Yuhinas on 7th, Chestnut-crowned Warbler and Forest Wagtail on 9th and 12th, and a male Mrs Gould’s Sunbird on 12th.

At Tai Lam CP, 13 Tristram’s Buntings were counted on 8th and a Verditer Flycatcher and a Japanese Robin were present on 9th.

Thirteen Grey-headed Lapwings were at Kam Tin River on 11th.
January 13-19
East winds at the beginning of the week were replaced by northeasterlies from 17th. Generally grey and cloudy, with cooler temperatures - down to 17⁰C in the New Territories – at the weekend.

At Mai Po, where the diurnal tides were finally high enough to bring birds close to the hides out in Deep Bay, sightings included three Pallas’s Gull on 13th & 16th with at least one still present on 18th. On 16th, 24 Great Knots, a Red Knot, three Bar-tailed Godwits, 69 Heuglin’s Gulls, 51 Saunders’s Gulls, two Caspian Terns and a  Gull-billed Tern were counted. Five Black-tailed Gulls were reported on 18th. On the main reserve a Eurasian Bittern was seen on 13th and the long-staying Chinese Grey Shrike was still at gei wai #8 on 19th.

Elsewhere, two Gadwalls were at HK Wetland Park on 13th and a Eurasian Sparrowhawk flew south high over Palm Springs on 14th. A Rufous-gorgeted Flycatcher was at KFBG on 16th. 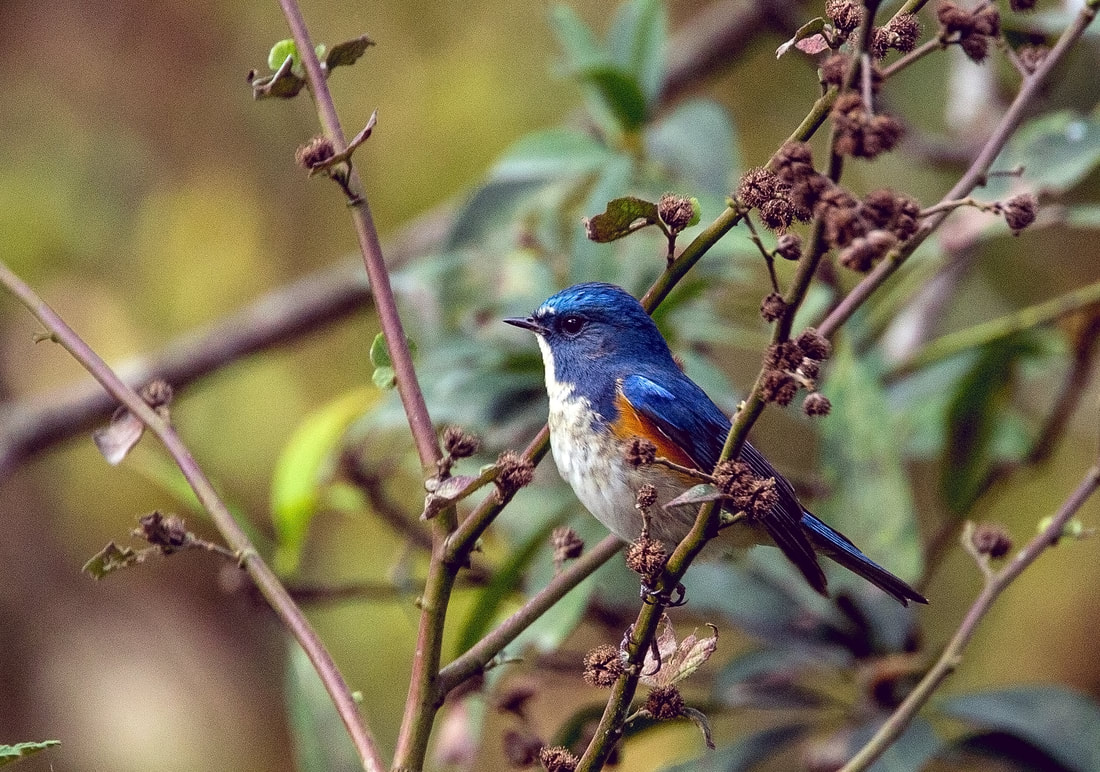 Male Red-flanked Bluetail at Tai Lam Country Park, 21 January 2020
Humid, warm and misty until 25th with temperatures up to 25⁰C. A cold front associated with a surge of the winter monsoon hit south China on the night of 25th, bringing rain and cold northerly winds to Hong Kong. Early morning temperatures in the New Territories from 27th to 31st fell to below 9⁰C, although the afternoons were bright and sunny with the mercury up to 19⁰C.

New rarities reported were a Greenish Warbler at Fanling Golf Course and a Fire-capped Tit at Kadoorie Farm. The Chinese Grey Shrike and Collared Owlet were again reported from Mai Po and Tai Po Kau respectively, and at least nine Mrs Gould’s Sunbirds were present in the central New Territories, attracted by flowering coral trees. In addition, there were unseasonal reports of Pheasant-tailed Jacana and Black-naped Oriole.

Details of these and other reports of note as follows: 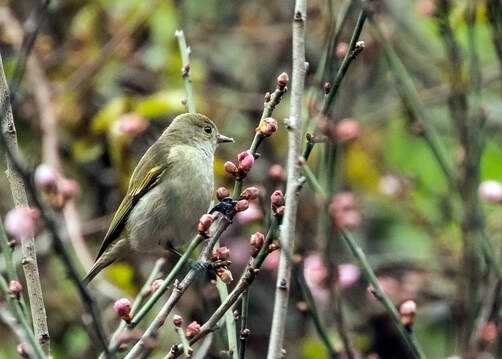 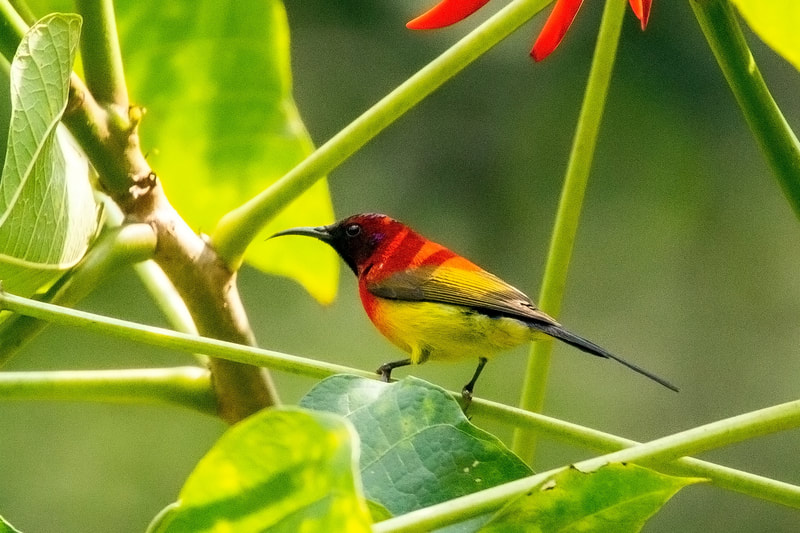 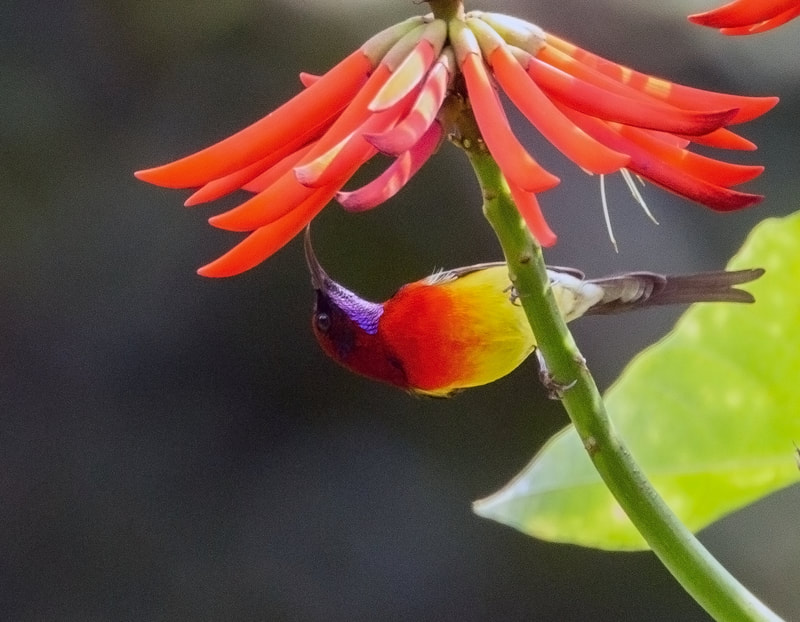 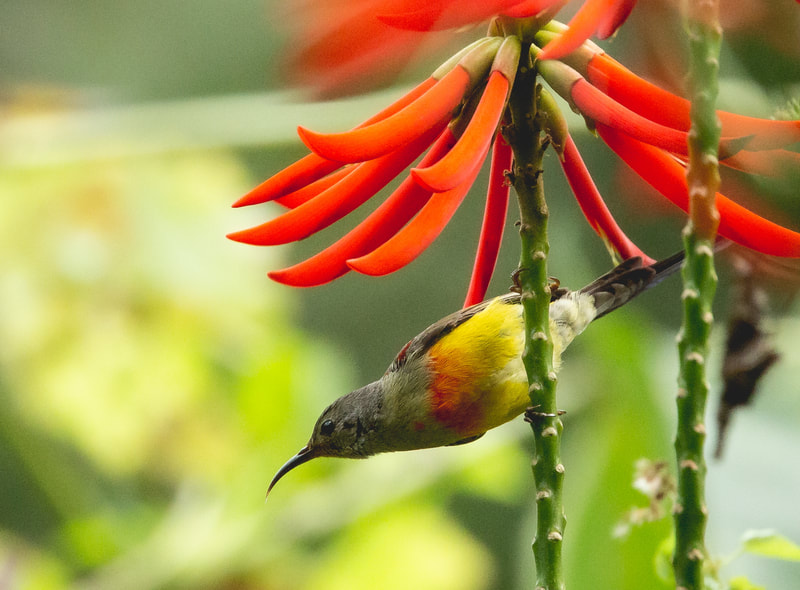 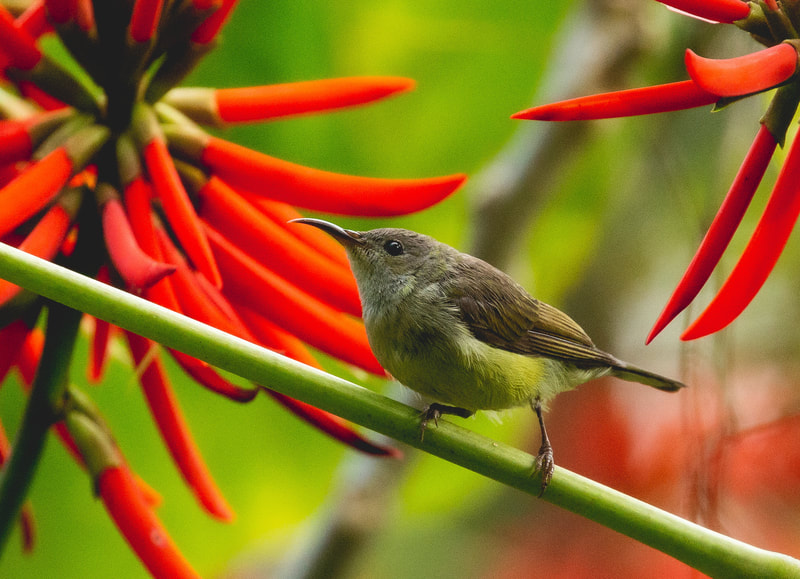 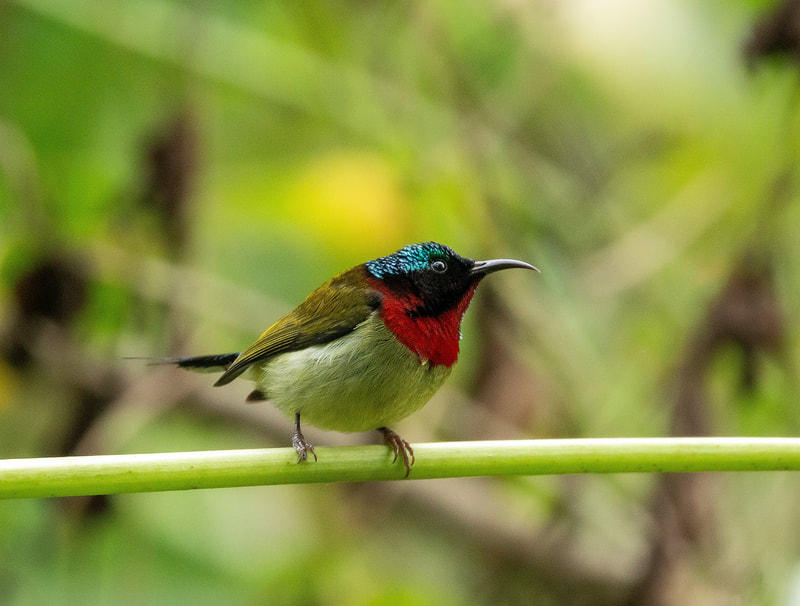 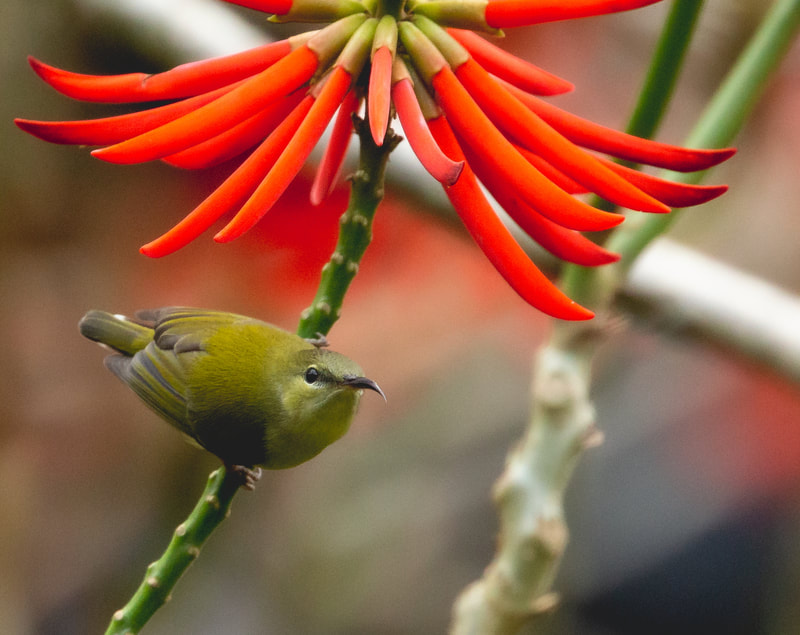 Sunbirds at Tai Po Kau, 29 January 2020. Click on each image to enlarge it.
Mrs Gould’s Sunbird: noted throughout at Tai Po Kau with at least five present 27th – 31st (an adult male, two immature males, two females) which is a new high count; also recorded at Shek Kong Airfield Road on 26th (a female), Shek Kong catchwater on 27th (an immature  male & female) & 30th (the immature male), and Leadmine Pass on 29th (a male).
Russet Sparrow: two females at Long Valley on 27th
Forest Wagtail: the long-staying bird at Tai Po Kau until at least 22nd
Buff-bellied Pipit: two at Mai Po on 24th, four at Pui O on 25th and one at Tai Sang Wai on 28th
Common Rosefinch: four at Shek Kong Airfield Road on 22nd with three there on 27th
Tristram’s Bunting: widespread in forest; highest count was 16 at Tai Lam CP on 21st 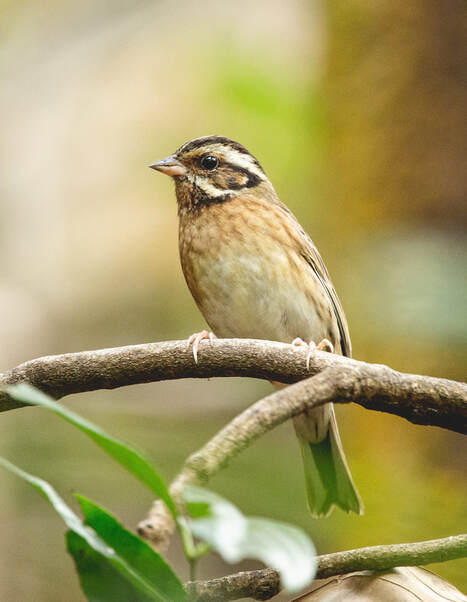