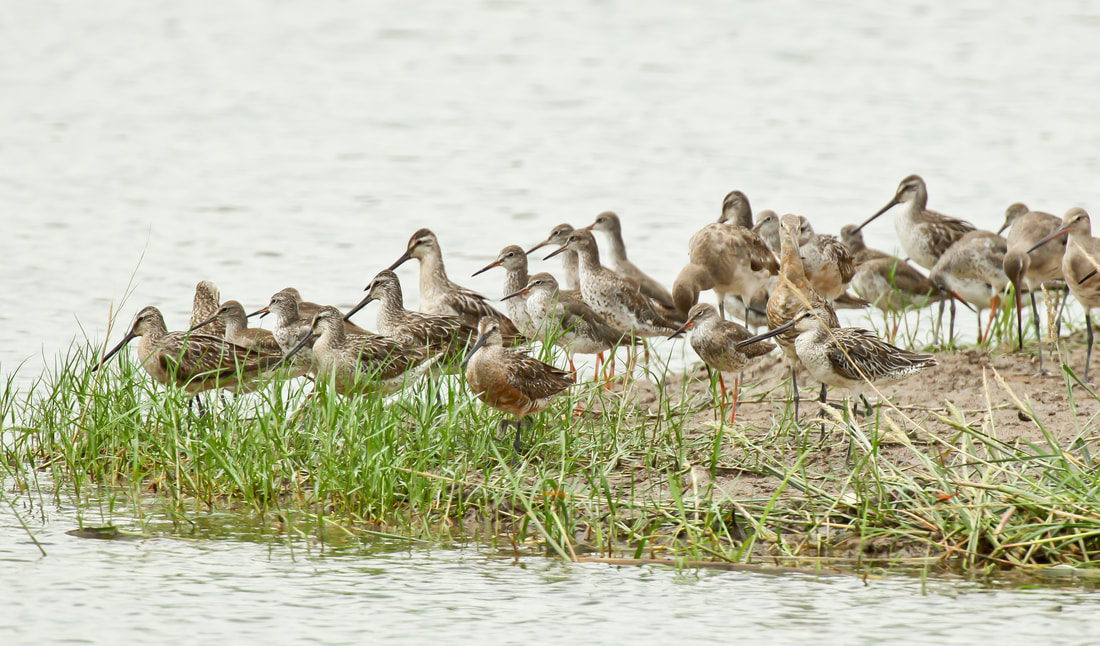 A  Common Tern was in Tolo Harbour on 2nd and four more were at San Tin on 3rd – presumably birds swept in because of the passage of Tropical Storm Wipha off to the southwest.

A Eurasian Hobby and a Himalayan Swiftlet were reported from Lam Tsuen on 3rd.

A Barred Buttonquail seen at Ping Yeung on 10th was an unusual summer sighting. If accepted, this will be only the sixth record of this species in Hong Kong since 1999. Extreme dates are 22nd September to 4th February. There is one summer record of an unidentified Buttonquail sp. – one at Lok Ma Chau on 22 July 2015 - although this was thought most likely to be a Yellow-legged Buttonquail.

Two drake Mandarin Ducks were at Long Valley on 12th.

A Eurasian Hobby was seen harassing two Peregrine Falcons in the skies above Lau Shui Heung on 16th.

A Forest Wagtail was at Lung Fu Shan on 17th.

On 18th an Eastern Crowned Warbler and  three Brown-breasted Flycatchers were in Tai Lam Country Park and another Eastern Crowned Warbler was at Ho Man Tin. A  Pale-legged/Sakhalin Leaf Warbler was also reported from Ho Man Tin, which will be a new early date for this species-pair if accepted (current earliest date is 24 August).
August 19-25
The summer drags on – hot and  humid with daily temperatures above 30⁰C. Tropical Cyclone Bailu passed north of the Philippines on 23rd and through southern Taiwan on 24th before making landfall in Fujian province on 25th. The outer air bands generated by Bailu caused temperatures in the northern New Territories to soar above 36⁰C  on 24th, and brought a day of rain on 25th.

Bird-wise, it was a good week with a number of migrants recorded, notably the first potential August record of Green-backed Flycatcher – an occurrence presumably connected in some way to the passage of Tropical Cyclone Bailu to the north. Records of note listed by species below: 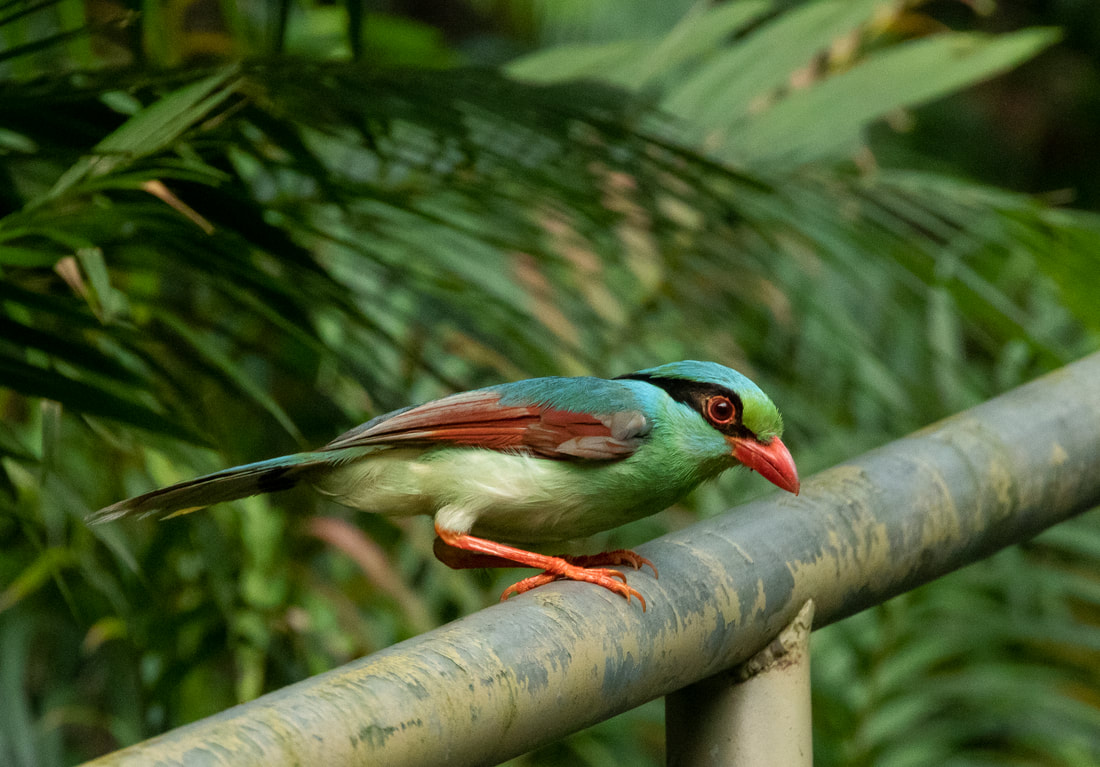 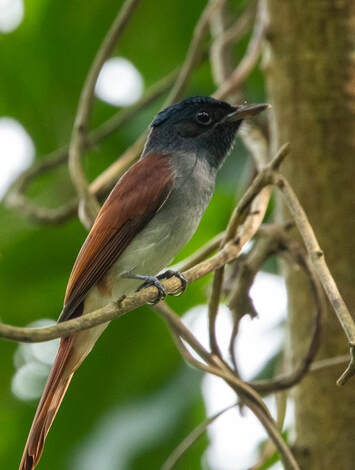 Amur Paradise Flycatcher at Lau Shui Heung, 28 August 2019
Tropical Storm Podul moved west across the South China Sea towards Vietnam from 27th – 30th. T1 was raised on 28th when Podul was 640 km south-south-east of Hong Kong. The temperature reached 35⁰C in the New Territories on that day. The storm brought some heavy showers and fresh winds to Hong Kong during its passage but it was too far away to be of any great significance.

On 27th, an Eastern Crowned Warbler was seen at Tai Lam CP and a juvenile Tiger Shrike was at Hok Tau. A Forest Wagtail was at Hok Tau on the following day.

On 28th, Lau Shui Heung turned up three Amur Paradise Flycatchers, an Eastern Crowned Warbler and  five Indochinese Green Magpies (Cat. III); four of the magpies were in a loose party that included at least one adult and a juvenile, indicative of local breeding.

In addition, single Amur Paradise Flycatchers were reported from Tai Po Kau on 28th, and Tai Tong  and Ho Man Tin on 31st.


​Bird of the week was a Collared Kingfisher belatedly  reported from  Sha Tin Park on 28th. If accepted, this will be only the fifth Hong Kong record and the first since 2005.